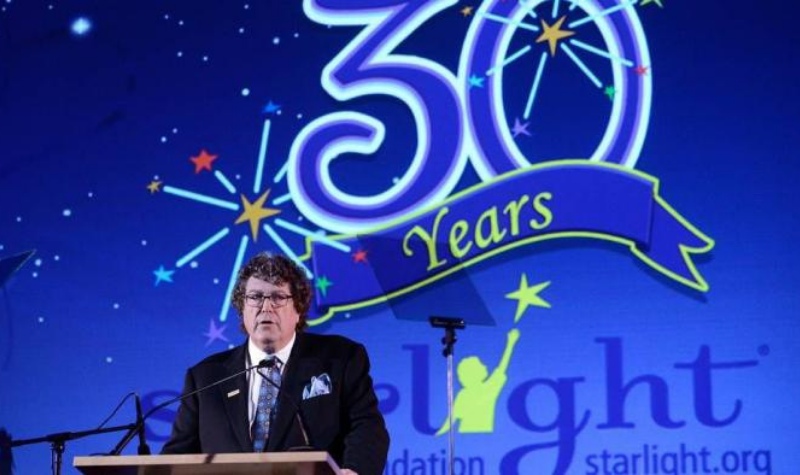 It is with a heavy heart that Starlight Children’s Foundation Canada shares the passing of long-time Board Member and former Board Chairman of the organization’s global office, Roger Shiffman.

Roger’s legacy with Starlight began over 30 years ago, when retired-NBA player Michael Jordan first introduced him to the charity’s mission at a Chicago Bulls game. The rest is history. As a family man with a passionate and philanthropist spirit, Roger quickly dedicated himself to helping seriously ill children.

Before his involvement with Starlight, Roger was a beloved figure in the toy industry as a leading force behind the wildly successful Furby toy, and building 2 well-known companies – Tiger Electronic Toys and Zizzle.

From 2011 to 2015, Roger took on the leadership role as Global Board Chairman of Starlight, acting as the third board chairman in Starlight’s history. In the many years prior, he served on the organization’s board of directors, including time as vice-chairman. In this time, Roger was an integral force behind the organization, both in the US and internationally, and the impact made in the lives of many around the world.

Starlight Canada sends our deepest condolences and love to Roger’s wife, Carol, and his entire family. His legacy towards brightening the lives of seriously ill children and their families will live on forever.

To honour his memory, Starlight Canada will be granting a wish in his name.